As many of you know, I volunteer quite avidly at my local shelter photographing their adoptable pups in an attempt to give them the best chance possible of escaping a life of lonely cages and metal bars. Every week,  I meet new and incredible pups – all unique and wonderful in their own way. All equally innocent and deserving of a warm home to call their own. But, every once in a while, I meet a dog that just turns me upside down with love – a dog that is truly special in his ability to somehow give me more than I can give him. These dogs happen every once in a while. And I’ll know they’ve got me when I’m thinking of them on my drive home – Or waking up in the middle of the night to worry if they’re cold or scared or hungry or lonely. Ill think about them for weeks. Always checking it to see if maybe – just maybe – they found their forever home that day. Turkey was one of those dogs for me.

When I read the name on the tag on his cage, I giggled. When I peered over the edge to see the fuzzy, wagging gift inside who so proudly held the title of ‘Turkey’ I somehow giggled louder. ‘What a goobery, comical, relentlessly lovable little character’, I thought to myself. Turkey was on my list of pups who needed photos that day and I couldn’t have been more thrilled about it. (If you know anything about me, you know that I am outrageously partial to Pitties. Their overgrown hearts are the purest shades of red, and their trademark smiles bring me the kind of joy that I have trouble expressing in words. Needless to say  – their endless character translates like magic to photographs.) So, I took Turkey out of his cage for some playtime and a photo shoot within the gorgeous grounds of the MSPCA at Nevins Farm. He thanked me with about 150 little wags and a good, solid lick to the cheek. Turkey and I had the most incredible afternoon together playing in the pen up on the grassy green hill next to the adoption center. He painted joy of every different color into my day. (my week. my month, really.) I admit it, I spent almost my entire afternoon with just Turkey. I was smitten.

At the end of our day together I told him that he wouldn’t have to wait much longer – that his forever family would come for him. That he would finally find a home and somebody would be there to kiss his snout Goodnight. ‘No more lonely nights’, I promised. I kept a close eye on Turkey – always throwing a few extra treats his way – until my promise came through later that month. Turkey had been adopted! My heart swelled with joy when I heard the news! He was a wonderful, joyful little boy with so much love to give his lucky someone. I missed seeing him. But, selflessly, I knew it was just the best thing he could have ever asked for.

Well what do you know, a few months later I got an email from the kindest, most wonderful girl named Emily. She told me she loved my work and that she would be thrilled if I could photograph her pup in his favorite spot on the beach. She explained how this pup had changed everything for her  – that he was the love of her life. Then she went on to say that she and her boyfriend had adopted him from the MSPCA at Nevins Farm and that I might know him. ‘His name is Turkey’.

I just about exploded with joy. Turkey! THE Turkey! The one who I had kissed on the head that day under the late afternoon sun and made a promise to. A promise about love. A love that he had so clearly found in an amazing new family. A love that had been given to him in the purest form by incredible, open minded people who didnt judge him for his breed. People who didnt consider him to be a ‘broken’ shelter dog. People who opened up their hearts and gave him a second chance.

Needless to say – we booked a date immediately and I was reunited with this incredible, joyful little man for one more perfect afternoon…

In between the maniacally joyful mad man sprints across the beach, Turk would sometimes stop for a breather and put on his regal face.

And then – right back to it!

Turkey’s whole head disappeared just like this beneath the water quite often throughout our shoot. He may have been digging for gold.

I just adored watching Turk and his Mom interact. His love for her was just about oozing out of his golden eyes. And vice versa. Such a perfect, lucky pair.

Sometimes, Turk would get the crazy eye – and then he would bolt of into a frenzied fit of the Zoomies!…

Oh, those gorgeous golden eyes in the late afternoon sun, just exactly as I had remembered them. 🙂

Are you flippin’ kidding me with that tongue?! 😛 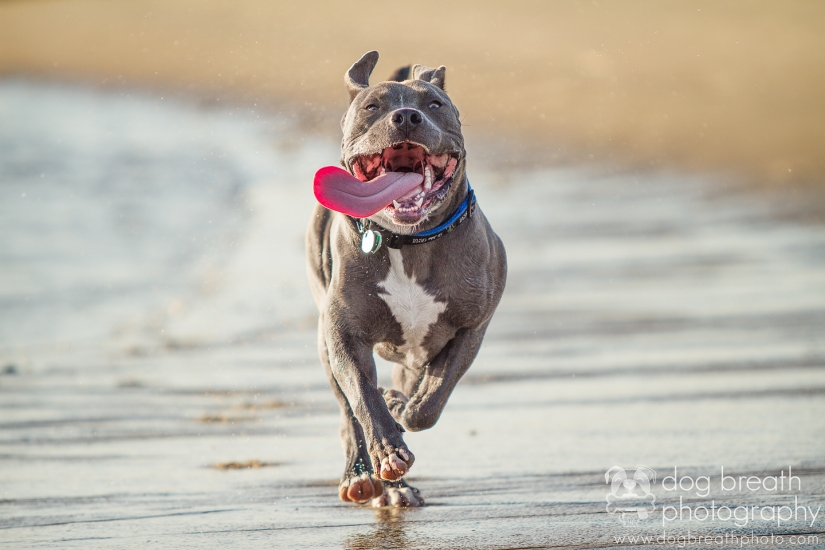 I couldn’t have asked for a more perfect afternoon. The light was pure magic. It was slanting over the horizon in chunky, golden streaks lighting Turkey up like a constellation as he moved across the beach.

My very favorite part of the day was watching these two together. Love comes in many forms. And it’s always, always, always miraculous. I just love happy endings. 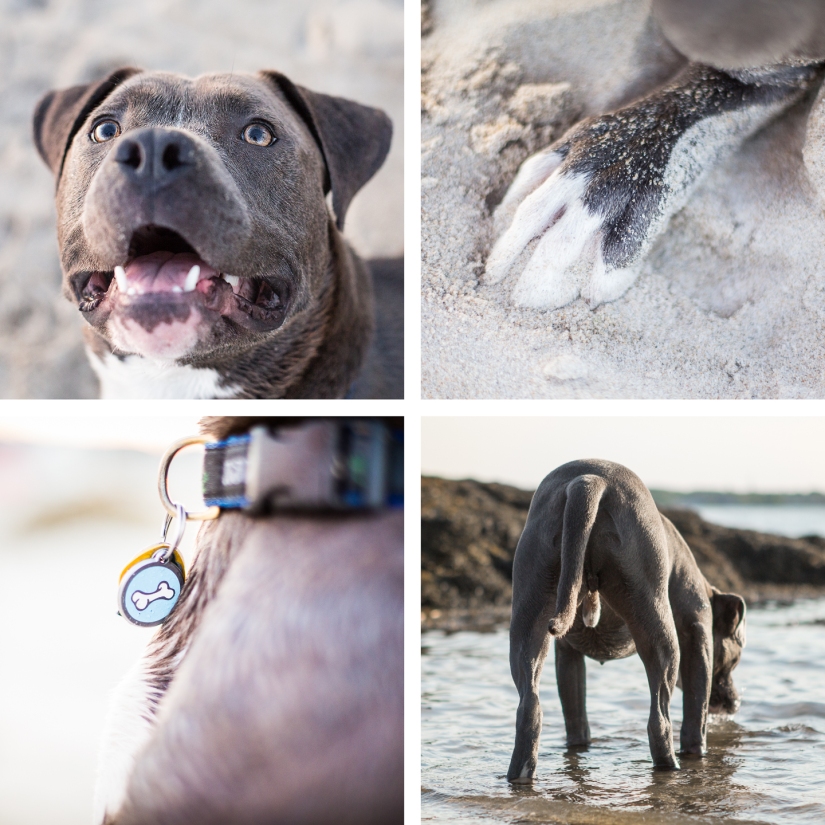 Turkey kept finding all kinds of treasures. He carried his sticks around like a King, wiggling his bum proudly from side to side with his newest find..

Turk was so proud to show off his new Mom. He just made sure to sit directly on her to let everyone know that he did, in fact, have claim over his adorable blonde little human.

Emily and Justin, thank you for giving me the chance to spend one more, incredible afternoon with your furry guy and soak in some of his limitless joy. And more importantly, thank you so much for giving a lonely shelter dog the second chance he deserved. I am so grateful for people like you. Together, we can all change the perception of this misunderstood breed and the plight of shelter dogs as a massive, beautiful whole.

View all posts by kayleegreer